Cosplayer of the Month: Aurelius’ Armoury 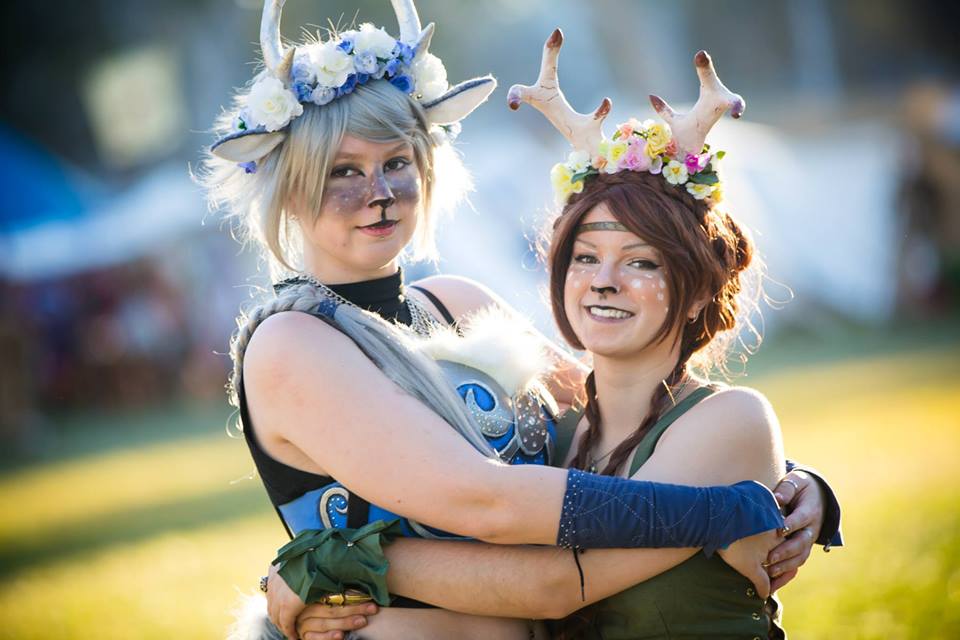 Cosplayer of the Month: Aurelius’ Armoury

A few months ago I discovered this awesome Australian Cosplaying sister duo: Aurelius’ Armoury. What caught my eye 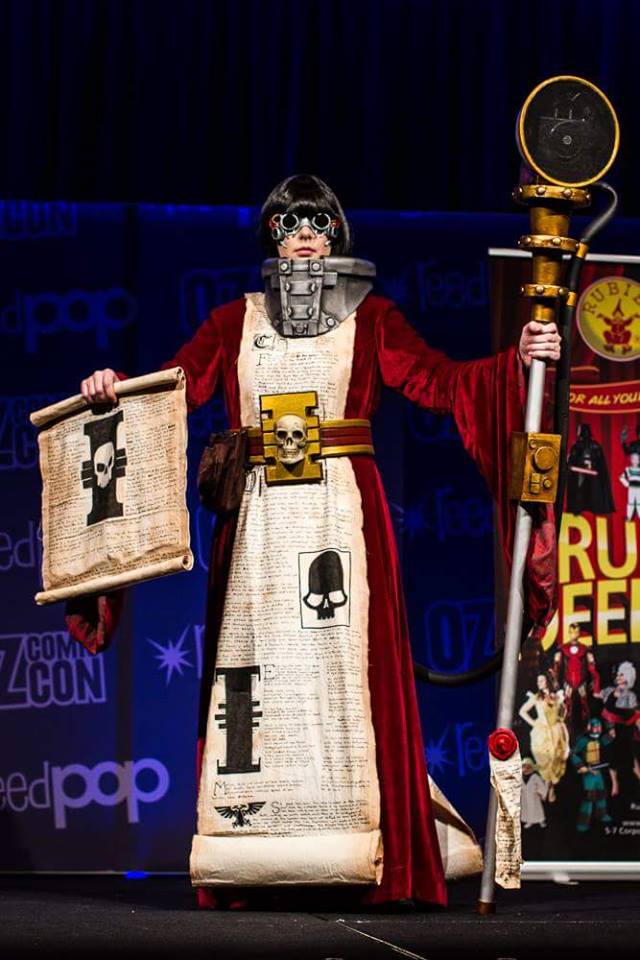 was their Warhammer 40k cosplay, I was pleased to find that they’ve done a number of other cosplays as well! I’d been toying with the idea of starting a ‘Cosplayer of the Month’ interview section and who better to have then two sisters who put their heart and soul into cosplaying?

My interview with them is listed below! Enjoy!

The Geek Lyfe: Although I have been a huge fan for quite some time, there may be a few Geek Lyfers who have not seen your work before, would you be alright introducing yourself?

Aurelius’ Armoury: Hi, we’re Aurelius and Silver from Aurelius’ Armoury(Or-ray-lee-us), We’re sisters. The
eldest is Aurelius and the younger sister Silver and we’ve been cosplaying together for a while now. I specialize in armoured costumes made from foam and my sister Silver is pretty damn good with a sewing machine. We started our Facebook page in March 2013 and have great fun showing off our work.

TGL: You’ve done quite a few cosplays from Warhammer 40k to Anime to World of Warcraft, all of which look incredible! How long have you been cosplaying and what led you down this path?

AA: Cosplay just kinda happened one year before a convention, a couple acquaintances were dressing up so we thought “why not join in?”. We had attended Supanova with our parents when we were young so we somewhat knew what cosplay was about. We’ve been cosplaying now for almost 3 years with our seperate cosplays, we hope to do more paired cosplays in the future.

TGL: What has been your favorite moment either cosplaying or building costumes? 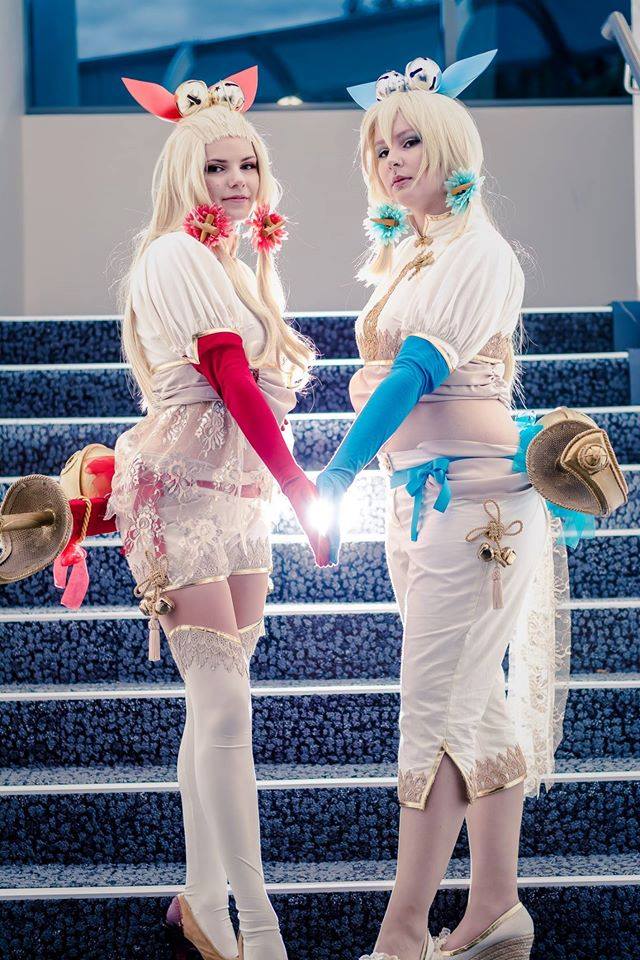 Aurelius: My favourite moments usually happen while I’m building, when I take a chance with a pattern and it works really well. Though with my recent Blood elf shoot there was a bikie who asked for a photo with me next to his bike, which was beautiful and so shiny, he was the nicest fellow and said he’d be showing the photo he took to his mates. We were both grinning by the end of the conversation.
Silver: I really enjoy detailing my costumes, the more detail it has the more I will probably enjoy wearing it. Though, my favourite part is infact wearing the outfit. Just have the whole costume finished and put together with the wig, make up, and accessories makes me feel so proud of myself.

TGL: Would you ever consider cosplaying as an Imperial Guardsmen or Commissar from Warhammer 40k?

Silver: I think you should answer this one.

Aurelius: Funnily enough an Imperial guardswoman is currently in the works for next year, a piece of art by DiegoGisvertLlorens on deviantart has inspired me to replicate his Lucky 7th regiment trooper. I hope I can do it justice as he’s a fantastic 40k artist.

TGL: What has been the most frustrating piece that you’ve had to deal with?

Silver: The most frustrating outfit I’ve worn is the Journey cosplay surprisingly. The whole outfit is wonderful and I love 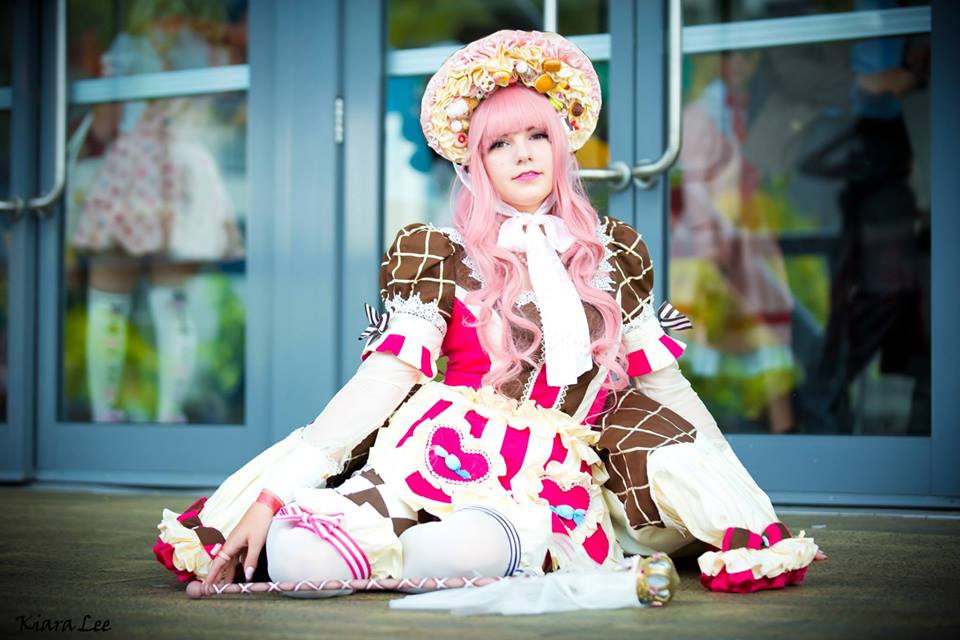 wearing the cloak and the hood, however the mask is a pain, it’s hard to breath through and hard to see, and when I wore the cosplay I was constantly taking it on and off.

Aurelius: Currently that’s my IceCore staff from WoW, it’s one of biggest props I’ve made and it’s giving me trouble with weight and balance at the moment. It’s pretty unwieldy at the moment and there’s still more details to add to it including a light up sphere. For now and until I feel like working on it again it’s sitting in the corner thinking about what it’s done.

TGL: When you aren’t cosplaying or building costumes, what do you two do in your spare time?

Aurelius: Playing a lot of World of Warcraft, I can’t wait for the new xpac it looks badass!! And I also paint miniatures from warhammer 40k, slowly working on my Armies on Parade for this year in which I hope to place again. Ah, and a ton of reading.

Silver: On the sidelines, I try to improve my fashion skill set as I’m planning on going to a university for fashion next year. And other than that I just go to work and hang out with friends.

TGL: A Zombie Apocalypse occurs. What character that you have cosplayed in the past would you like to become to fight the horde of undead?

Aurelius: My sister of battle costume for sure!!! I love the lore and the ferocity of the Adepta Sororitas in
battle. Also wielding a promethium spraying heavy flamer would be so much fun and very effective against the undead hordes.

Silver: I would have to say my fancy god teir Rose Lalonde because she’s the only character who I’ve cosplayed that would have somewhat useful powers in
this circumstance.

Aurelius: A Dialogus sister is being planned out for Silver to wear. We also have a few Pokemon Gijinkas planned (human versions of pokemon) and I want to make an Egyptian Deity cosplay of Bastet.

Silver: I am currently in the works of my next big and fancy cosplay. It’s quite an elaborate lolita cosplay of Princess Bubblegum from Adventure Time! Yaaaay!

Thank you so much to Silver and Aurelius for taking the time to do an interview!  🙂

Top Photo by Lorenzo So Photography 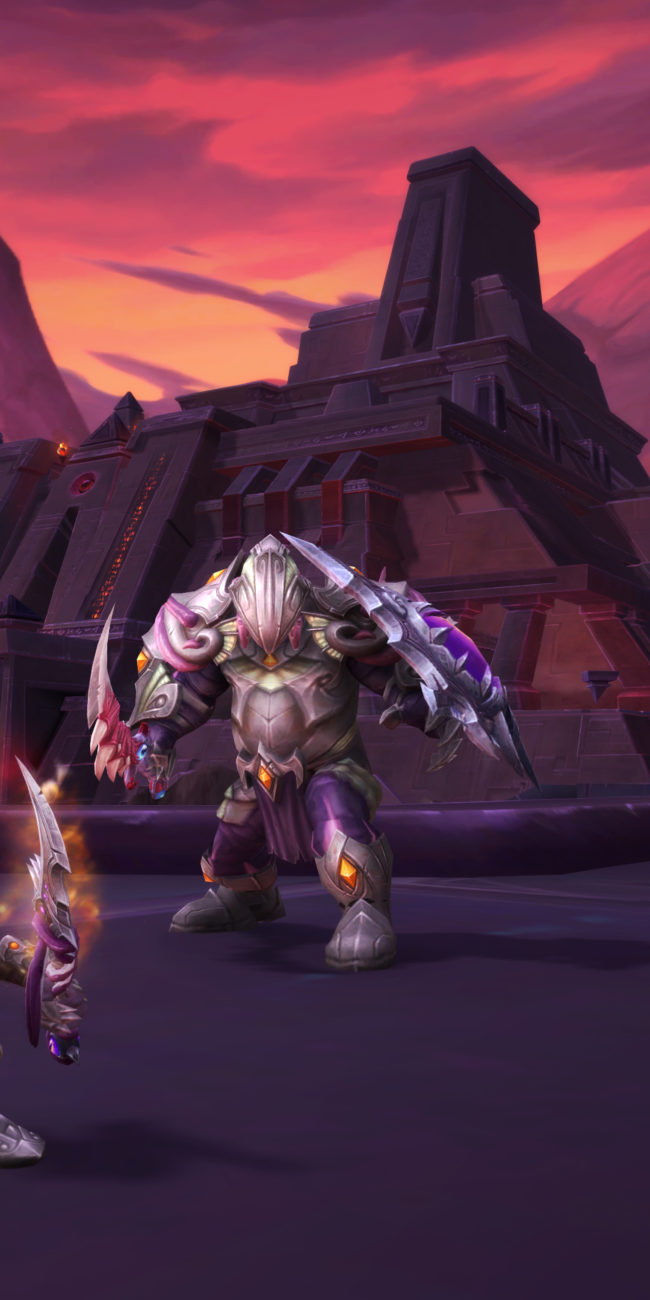 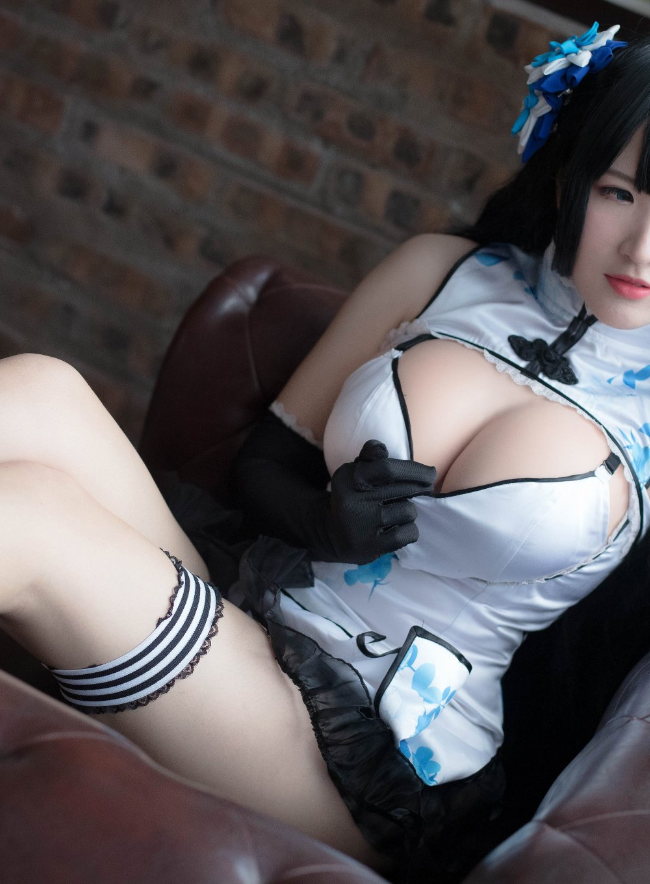