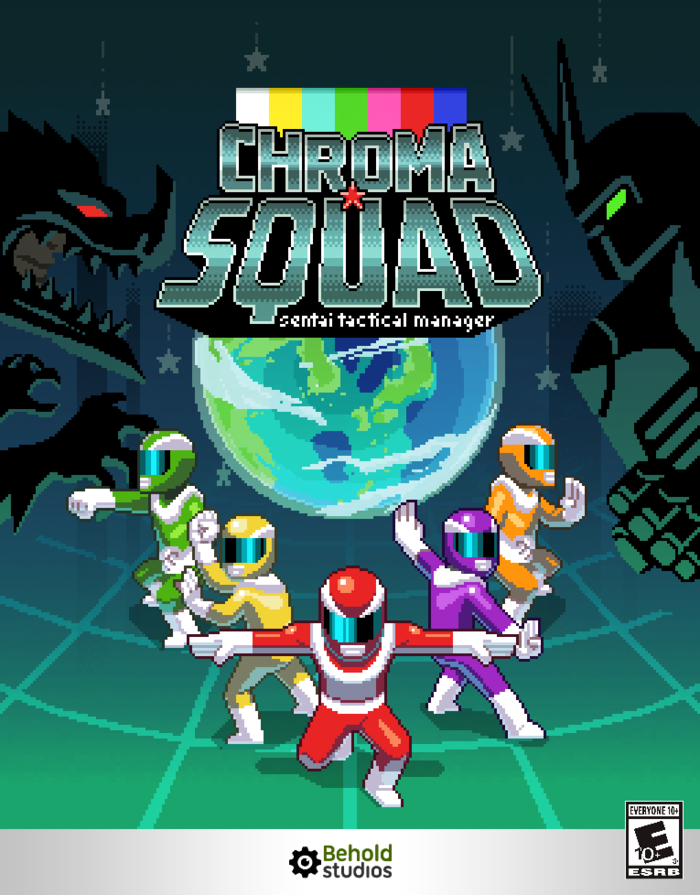 I’m a 90’s kid. Plain and simple. This means a lot of things – Doug was still on TV, dunkaroos were my favorite snack, and the Super Nintendo Entertainment System was the coolest and most advanced system out there.

But most of all, this means I grew up in the era of the Power Rangers.

Those of you who grew up watching the Power Rangers know how much this truly means. Between the fighting, the friendship, and the fun, the Power Rangers were my life. They had great life lessons within each episode, and the action kept everything interesting. Now, I haven’t watched anything remotely Power Rangers in over three years. In fact, it hasn’t even really been on my mind. But then I found Chroma Squad. 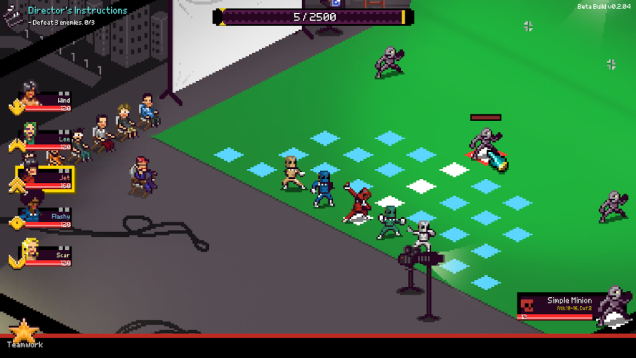 Chroma Squad is a tactical/strategy RPG game that brings back the fun and fighting of the Power Rangers, but in game form. It’s like watching the show all over again, but with the added bonus of being able to control what happens.

The game starts out with five unknown stuntmen who, after being treated badly by their director, decide to create and act in their own show. That’s where you come in. It’s up to you to make the scenes, find the costumes, and hire the bad guys. 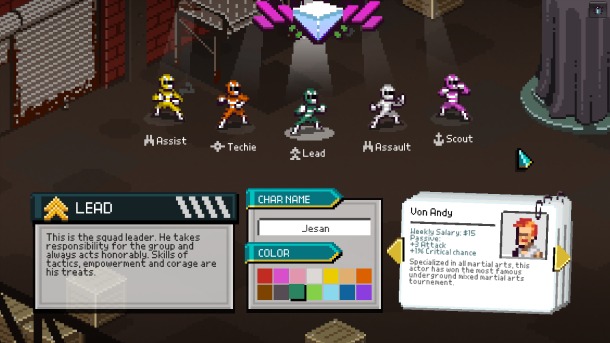 It’s also up to you to decide who the five new stars are. You’re given the headshots and portfolios of each, and you have to figure out who would be a great asset to the team. Each actor has different abilities which have to be taken into consideration when picking. In addition to choosing the actor, you have to choose their role on the team. This part is extremely important. The actor’s abilities need to match their role – otherwise, your team will be an absolute mess. After that intense pressure, the last choice is what color they’re going to be. Then, you’re ready to go.

As you record the show, your contract provides certain guidelines you have to follow. It’s tasks like how many episodes need to be in a season, how you need to defeat the boss, etc. There are also ‘Director’s Instructions,’ which is basically a side mission that, if completed, helps boost your score. Your score is based on how many audience members watch your show and how much they like it. You can hire a company to market your show, which gets you a bigger fan base and thus more money. Also, depending on the company you choose, you can increase certain stats through marketing.

One of the coolest features in the game is the Megazord. Yes, the Megazord. As in, the giant robot which seriously kicks butt at the end of every Power Rangers episode. You can customize your Megazord any way you want. Lasers, swords – different parts add different stats. Just a hint about stats though: it really does help to have extra health and defense. 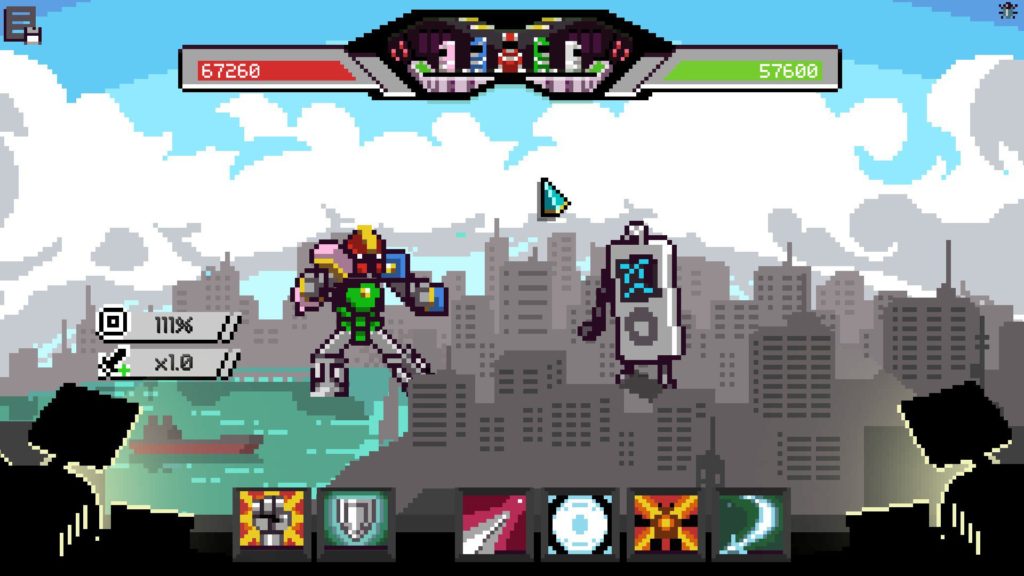 The music is pretty great too. It goes perfectly with certain scenes, especially the Megazord fights. It also emphasizes the really important scenes, like when the red ranger stands up and says, “Let’s defeat them with the power or friendship!” Oh red ranger – I love you.

Overall, I really enjoyed this game. It was fun, exciting, strategic, and had a great storyline. And as cliche as it is, it’s really nice to remember that the only way to defeat evil is to use teamwork and the power of friendship.

Tony AKA Powerforce is the master of playing Fox on Super Smash Bros, he loves him some JRPGs and can not get enough of indie games. Rumor has it that he is actually creating his own game! He is a solid guy in real life and will slit your throat in a table top RPG. Great guy! Loves dogs! 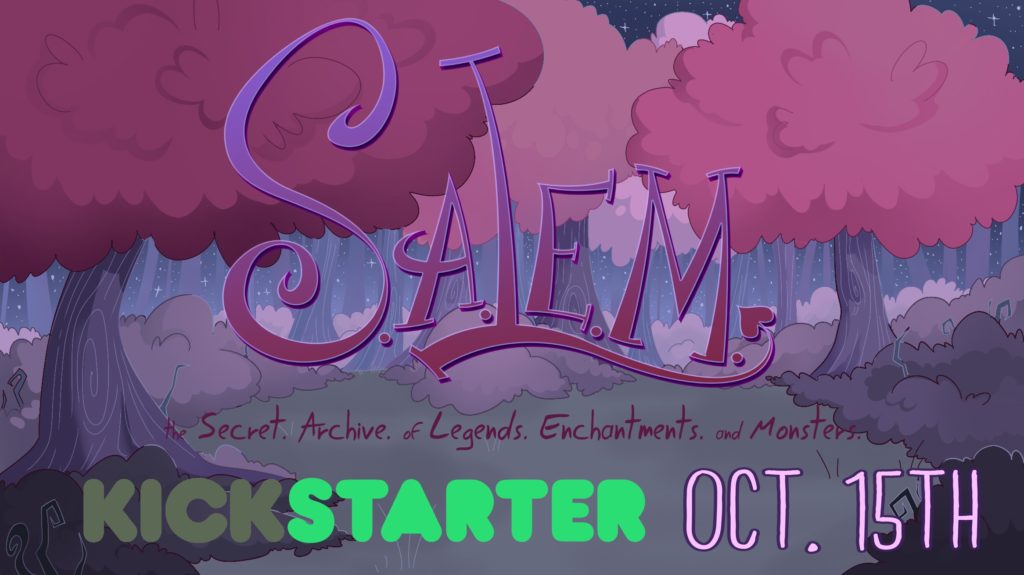 Interview with Creator Sincerely Sam on the SALEM Kickstarter!